Algoz announced its partnership with the OmiseGO Network. Algoz’s market making and hedging services will be deployed on the OMG token.

Want to learn how market makers inject liquidity in the cryptoconomy? Click on this link.

Our Co-Founder, Tal Teperberg, will be participating in the 'Market Making on the Crypto Exchanges: Art or Science' panel on September 14th, during Tel Aviv Blockchain Week!

Check out the Algoz event calendar below!

Algoz will finish of Q3 with the launch of its new program, ECOP: Employee Coin Option Plan. The program will allow token issuers, their employees, and their contractors to realize their holding in a manner beneficial to both the project and its holders.

Bullish on Adoption. With social media giant, Facebook, disrupting the industry with its venture, Libra, and banking giant, J.P. Morgan's JPMCoin, the movement in the industry is centered on mass adoption, indicating a sense of maturity for the cryptosphere. Joining the 2019 wave of mass adoption are insurance giant, Allianz, payment leader, MasterCard, U.S. retail corporation, Walmart, and Japan's e-commerce group, Rakuten.

What's happening in China? Adhering to a two-tier operational framework, the Central Bank of China is soon to make available to the public its digital currency, CBDC (Central Bank Digital Currency). In other news, veteran to the world of digital assets, Tether is looking to enter the Chinese market by issuing a new stable-coin, CNHT. This coin will be pegged to the Chinese Yuan, adding to its basket of stablecoins.

Binance Launches its Open Blockchain Project. Binance announced the launch of Venus, the "independent and autonomous, regional version of Libra.” Project Venus is intended to foster "localized stablecoins and digital assets pegged to fiat currencies across the globe." 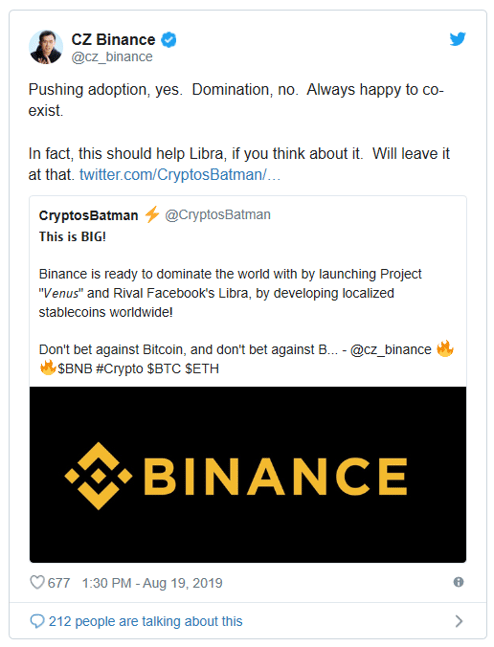 Move aside Telegram. In collaboration with derivatives exchange, Deribit, a new messaging platform by the name of Paradigm has come on air. Paradigm facilitates large block trades for over-the-counter (OTC) cryptocurrency traders.

SEC Still a Hurdle for ETFs. Bitwise Asset Management, VanEck/SolidX, and Wilshire Phoenix Fund will have to wait a bit longer to hear the U.S. Securities and Exchange Commission's (SEC) decision on their Bitcoin ETF proposals.

Telegram Ventures into Crypto. Telegram's GRAM token will be on the market within in the next two months, making it available to its 200-300 million users.

Bitcoin Drops Below the $10K Mark. 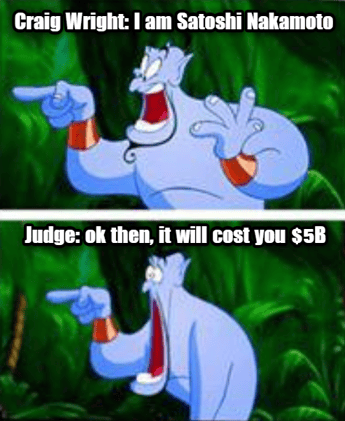